Cardboard patterns for a new cab for Roger have been made and finalised. Then the finished pattern was then flattened out and placed onto a sheet of steel, marked round in ink lining pen, and then the steel was cut to shape.

It took two attempts to get the size and shape exactly right, but working in cardboard first avoids wasting steel later.

The curved contour of the top of the cab was marked out using Mate Susan's cab roof as a template, the idea being to make the new cab based on that fitted to the Roundhouse Millie Class loco. 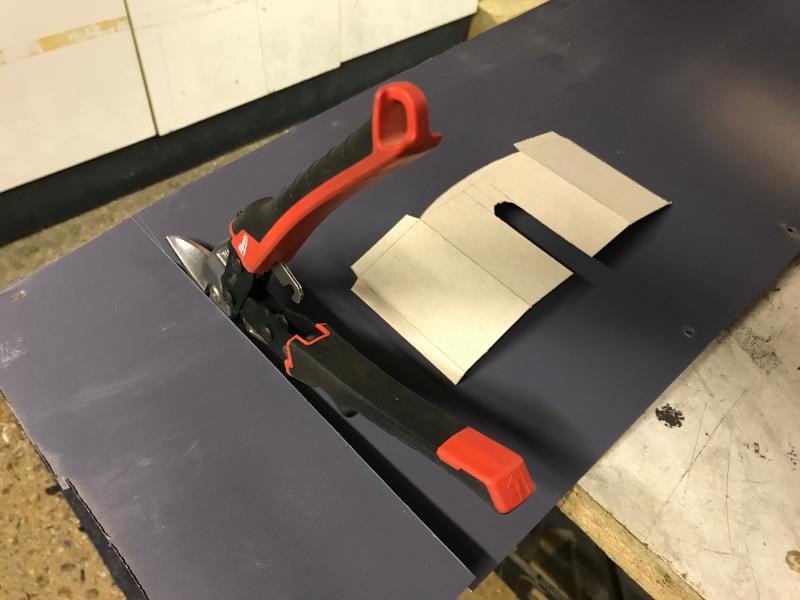